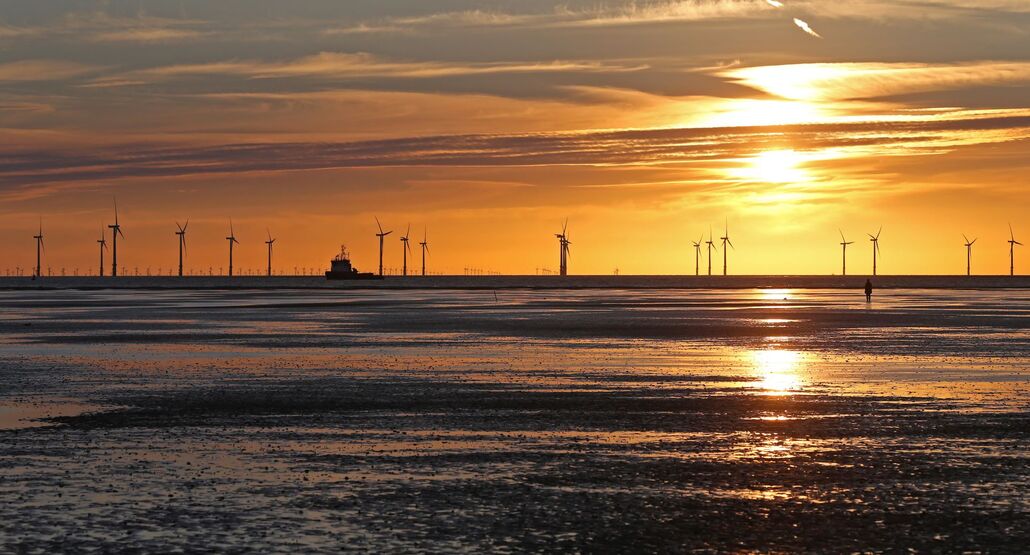 Energy use must be halved in less than 20 years for the Liverpool City Region (LCR) to reach its target to be net-zero carbon by 2040 or sooner.

Two months after the COP26 climate summit, a report to January’s Combined Authority meeting sets out how a net-zero carbon city region will look, the massive work already underway and the rapid changes needed to achieve the target.

The Liverpool City Region Pathway to Net Zero document also reveals the cost of becoming net-zero, the economic and individual benefits and the effect climate change will have on the city region.

It says the target is achievable with rapid, collective action that will protect populations and prosperity across the city region and help people live longer and healthier lives. And it stresses the need to create a fair future with help for vulnerable people and those less able to afford the switch to zero carbon.

Underpinning the net zero pathway is the need to change from fossil fuels including natural gas, diesel and petrol – which provide 75% of LCR’s energy – to renewable sources such as low carbon electricity and hydrogen. The drop in carbon emissions needs to be greatest in the next five years.

By 2040 most people will use electricity for cars, heating and cooking, and reduced energy use through efficiency and people changing their behaviours will mean renewable energy goes further.

In 2019, Liverpool City Region Combined Authority became the first in the country to declare a Climate Emergency, committing to become net zero carbon by 2040 – 10 years ahead of the UK target.

Significant progress is already being made following publication of the Combined Authority’s Year One Climate Action Plan last March, which outlined more than 80 immediate actions to tackle the Climate Emergency.

Work already underway has ranged from support for grassroots organisations through the Metro Mayor’s £500,000 Community Environment Fund to progress on projects to cut transport emissions – through low and zero-carbon public transport and a 600km walking and cycling network. Thousands of the city region’s least energy efficient homes are also being ‘retrofitted’ to use less power.

In the longer term huge, transformational clean energy schemes including plans to triple the size of wind power generation in Liverpool Bay and the Mersey Tidal Project are being progressed – building on existing and developing strengths in hydrogen and wind power – as part of Steve Rotheram’s vision to position the Liverpool City Region as the UK’s renewable energy coast.

New carbon capture and hydrogen production technology is being pioneered at Hynet while in St Helens, Glass Futures is leading the way in decarbonising the energy-intensive industry and Pilkington set a world-first by using hydrogen power to produce glass.

The report recognises the huge opportunities for the city region, which can become a global leader in the Green Industrial Revolution, offering lifelong careers with high-skilled, high-paid jobs. By building on the city region’s strengths in the low-carbon sector the Combined Authority can drive post-pandemic economic recovery while doubling the number of green jobs to more than 50,000.

The report highlights how every aspect of our lives will need to adapt and make changes – from our homes and neighbourhoods to travel and workplaces. A recurring theme is the need to continue lobbying the government for policy and funding to deliver the benefits.

There is an urgent need for people to change the way they travel – with cars responsible for more than 65% of transport emissions.

While industrial and domestic fossil fuel emissions have decreased significantly, transport emissions have fallen little in 30 years and now account for more than a quarter of the UK’s total carbon output.

Public transport use needs to rise by 5% a year by 2025 and 10% a year by 2030 – with the Mayor’s vision to create a London-style Transport System that’s quick, safe, reliable and affordable seen as crucial to encourage people away from cars.

The report’s vision is for 50% of journeys in towns and cities to be active and for remaining cars to be electric.

It says £1bn investment is needed in transport each year by 2025 to achieve net zero.

In total, the report reveals that to hit the 2040 target the Liverpool City Region will need £45bn of investment over the next 20 years.

Around £15bn will be required to decarbonise the energy supply, with a further £12bn needed to make homes net zero. And decarbonising workplaces and industry will cost at least £5bn.

And this investment will need to come from every part of society – including both from the public and private sectors and from national government.

The Pathway to Net Zero sets a clear direction of travel and lays the groundwork for a detailed five-year action plan to be published later this year. 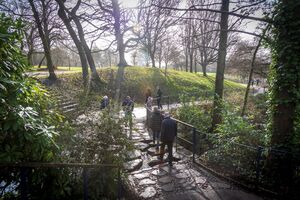 It highlights that while not every step towards zero carbon is fully understood, the key short- term actions are clear and the need for collective responsibility by individuals, businesses, the public sector and local and national government is fundamental.

It also makes clear the figures required to deliver net zero are significant, although not in the context of governmental budgets or private sector investment in energy or transport, or when plotted against the cost of doing nothing.

And it warns the longer we wait to make the changes, the greater the cost in terms of money and wellbeing. 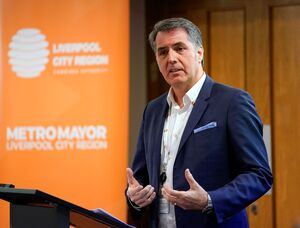 “We are facing a race against time to save our planet from the threat of climate change. It will not happen overnight and will not be easy, but we all have our part to play – and there is a world of opportunity available to us by embracing that change.

“If trains, docks, and canals made us the gateway to the first industrial revolution – then our emerging strengths in wind, tidal and hydrogen can make us leaders in the green industrial revolution, creating tens of thousands of high-quality, high paying jobs for local people.

“At COP26 in Glasgow in November we showed to the world that we are one of the places leading the way through innovative and significant industrial projects including Mersey Tidal, Glass Futures and HyNet. Make no mistake, this is our moment. I want others to look to the Liverpool City Region as the exemplar when it comes to tackling climate change.”

“Here in the Liverpool City Region we have the political determination, the natural resources and the skills needed to reach our ambitious target of hitting net zero carbon by 2040 or before.  This vital report sets out the scale of the challenge ahead but also shows it can be done – and highlights the many benefits of getting it right.

“Producing clean electricity is a key factor in reaching this target. Since 1992 we have reduced emissions from energy supply by 65%, so we know this can be done but the pace of change needs to accelerate.

“The huge investment we need to make this happen will create jobs in new technologies and as a city region we are perfectly placed to lead the way in a Green Industrial Revolution.”